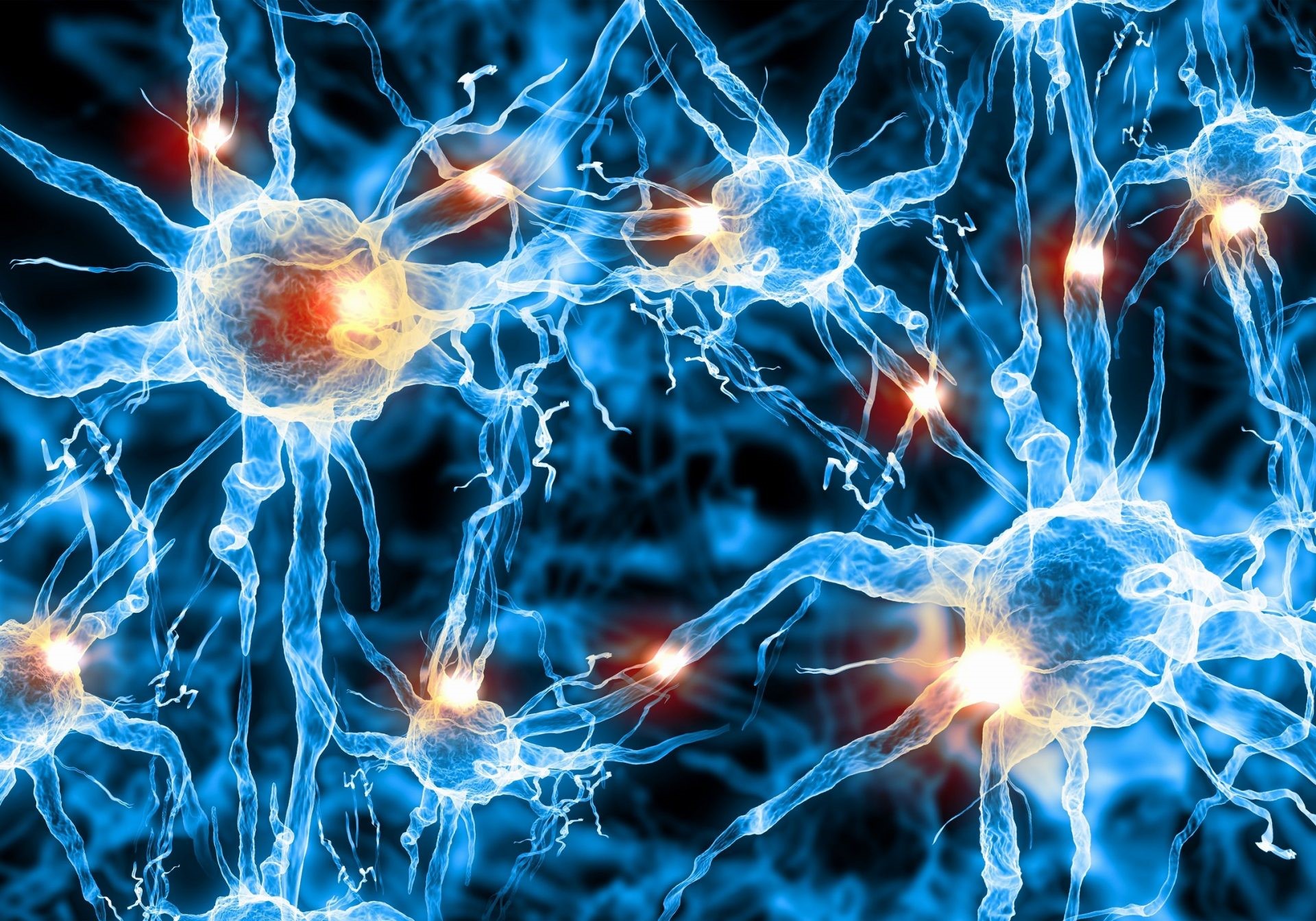 Terri Bryant was working at a cheese factory in 2000 when she injured the delicate, rubbery discs between her spinal bones. That was the start of her chronic pain. Two years later, she had back surgery and started regularly taking fentanyl, a powerful prescription opioid medication. Her pain persisted even after a second surgery in 2009.

In 2012, Bryant enrolled in a clinical trial for a device known as a spinal cord stimulator, designed to alleviate back pain. The experimental device was implanted under the skin at the base of her spine. When turned on, it sends pulses of a mild electric current to the nerve fibers in her spinal cord.

The therapy is known as neuromodulation or neurostimulation, and scientists think it works by interrupting the pain signals that are carried from the nerves to the brain. The idea has been around since the 1960s, but in recent years the technology has undergone rapid innovation. While drug developers are trying to discover new nonaddictive medicine to treat pain, medical device manufacturers are racing to develop smaller, more comfortable implants as well as external devices that don’t require surgery. The stimulator Bryant got, called the Senza System, is one of a growing number of medical devices to treat pain.

Despite Americans’ overall pain remaining the same, the amount of opioids prescribed per person was three times higher in 2015 than in 1999, according to the Centers for Disease Control and Prevention. Meanwhile, an estimated two million people in the U.S. abused prescription opioid pain relievers in 2015. As the use of opioids in the U.S. skyrockets, new medical devices could be a drug-free alternative for some patients. For others already addicted to opioids, this technology may instead help alleviate the pain of withdrawal.

Michael Leong, a pain specialist at the Stanford University School of Medicine, says the benefit of these devices is that when patients use them, they’re able to take fewer drugs or no painkillers at all. That’s appealing to both doctors and patients.

“People are afraid of opioids right now. There’s a stigma. Patients don’t want to be on opioids,” he says.

Bryant, now 52, was one of those patients. She used to worry all the time about getting addicted to opioids, which she took for more than 10 years. “I struggled mentally with taking such high doses of pain medicine,” she says. After getting the spinal cord stimulator, her pain decreased almost immediately and she stopped taking fentanyl.

Before the implant, Bryant’s pain was debilitating. Now, she walks regularly and hardly ever misses work. This summer she traveled to Europe, something she says she wouldn’t have been able to do with her severe back pain.

The first spinal cord stimulator was approved by the U.S. Food and Drug Administration in 1989, and since then, medical device giants Medtronic, Boston Scientific, and St. Jude Medical have dominated the neuromodulation market. Patients use an external remote control to adjust or turn off the stimulation. Over time, these devices have gotten smaller and more comfortable for patients, but they’re known to cause a tingling sensation called paresthesia, says Leong.

The device Bryant got is manufactured by a new competitor on the market, California-based Nevro, and gained FDA approval in 2015. In contrast to older spinal cord stimulators, it delivers high-frequency stimulation that can’t be felt by the patient. A two-year study of 198 patients published last year found that the Nevro device was better at relieving back and leg pain compared with traditional spinal cord stimulation devices.

Nagy Mekhail, a pain physician at the Cleveland Clinic, says since these implanted devices require surgery, they have typically been prescribed to patients who have exhausted other types of treatment—like physical therapy, medication, and surgery. “It should not be a last-resort therapy. In some patients, it should be the first choice,” he says.

Patients with chronic pain caused by nerve damage, called neuropathic pain, are most likely to benefit from these devices, Mekhail says. According to Boston Scientific, roughly 50,000 to 60,000 patients in the U.S. get spinal cord stimulators every year.

Patients can try out spinal cord stimulators for one to two weeks in their homes before deciding to get one. During the trial period, thin wires and electrodes are attached to the patient but the device is not implanted. Leong recognizes that patients may be hesitant to get this surgery and understands why physicians may not recommend it as a first option. The implanted devices also come with a risk of infection, and there’s always the possibility that the therapy won’t work.

For patients who may be turned off by the idea of an implant, a growing number of startups are developing devices that can be used outside the body and don’t require surgery. These devices stimulate what are known as peripheral nerves, the network of nerves that connect the brain and the spinal cord.

One of those is Cleveland-based SPR Therapeutics, which received FDA clearance last year to commercialize its peripheral nerve stimulation device for acute and chronic pain.

The device includes a tiny, coiled wire and a lightweight, matchbox-sized wearable stimulator. In a simple nonsurgical procedure, the wire is placed under the skin near a nerve and connects externally to the stimulator, which patients can wear on their arm or elsewhere on the body.

So far, the device has been tested in about 200 patients, according to Maria Bennett, CEO of SPR Therapeutics. In a small study funded by the National Institutes of Health, the device was associated with a 72 percent reduction in pain following amputation. A prior study also found that it was better at relieving shoulder pain in a small number of patients who’d had a stroke than the usual care of physical therapy.

Another device, called the Neuro-Stim System Bridge, is being used by opioid clinics in 30 states to help people addicted to the drugs detox. The severe symptoms associated with withdrawal are a major reason why people addicted to opioids have a hard time quitting them in the first place.

The Bridge device is attached directly onto the skin behind a patient’s ear, and a battery-operated chip emits electrical pulses intended to stimulate the part of the brain involved in receiving and processing pain information.

Jeff Mathews, who runs the Union County Opiate Treatment Center in Indiana, says he’s seen “miraculous” results in patients after the clinic started using the Bridge about a year ago in a pilot program. Patients wear it for the first five days after stopping opioids. Then they’re guided into counseling and further treatment.

“This could be a game changer in terms of treatment of addiction,” Mathews says. So far, the clinic has outfitted more than 100 patients with the device. He says about 85 percent of those haven’t gone back to taking opioids since using the Bridge.

The device has been cleared by the FDA to treat acute and chronic pain but not is approved specifically for treating opioid withdrawal, so for that use it’s not covered by most insurers. The cost to patients is about $600 to $800. The manufacturer, Indiana-based Innovative Health Solutions, is seeking clearance from the FDA to market the device for opioid withdrawal. The company says it has treated thousands of people with the device so far but declined to provide specific numbers.

Matthews says the device is not a long-term fix, but it can help people make it through the crucial withdrawal period so they can get other treatment and counseling options.

Edward Michna, a pain management specialist at Brigham and Women’s Hospital in Boston, says neuromodulation is not a panacea for every pain patient. “Have I seen patients do well on it? Yes. But I’ve also seen patients lose the relief over time,” he says.

He adds that more research is needed to determine how long the benefits of these devices can last. Most clinical trials have only studied the effects of neuromodulation for two years or less. Running trials is expensive, so studies of these devices tend to be small, Michna says. There’s even less data published data on newer, external devices that don’t require surgery.

That’s in part because the regulatory process in the U.S. is more lenient for certain types of medical devices than it is for drugs. Device makers often just have to show safety, not that a product actually works, to get permission from the FDA to market their products. Michna worries that some device companies will take advantage of the opioid epidemic and start selling products that don’t work to people desperate for alternative treatments.

One major reason why neuromodulation devices aren’t more widely used is because many are expensive, costing anywhere from several hundred dollars to tens of thousands of dollars. Insurance covers the cost of some therapies, but not all. Mekhail says providers may be hesitant to prescribe patients something so costly.

Still, while wearing these devices may not be as easy as popping a pill, their advantage is that they don’t have the same addictive side effects associated with opioid medication.

“We need to stop thinking of pain control as just being about opioid medications,” Leong says. As more new products come onto the market, he says, there’s an opportunity to treat more people using neuromodulation even before they get on opioids.